The magic of the movies comes to the Radicepura Garden Festival! On August 4, 5 and 6, it’s time for Garden In Movies, the film festival in the heart of Radicepura Park.
Wouldn’t it be nice to escape from everyday routine accompanied by three great titles with the support of famous Sicilia film critic, journalist and writer  Ornella Sgroi? It definitely would.

So sit back, relax and, most importantly, enjoy yourself!

The first one is “Sicilian Ghost Story”, a work by the directors of the famous film “Salvo” Fabio Grassadonia and Antonio Piazza.
It is a Sicilian story that tells about ghosts, as the title suggests. Here the real and the fantastic coexist because, in the land of mafia, monsters really exist and witches eat children. Indeed, they throw them in acid.
The film is named after Giuseppe Di Matteo, a thirteen-year-old boy who was brutally killed by criminals in the mid-1990s. The goal was to kidnap even to Giuseppe’s father, who is an informant of justice.
The story takes place in a small village on the edge of a forest, where, one night, Giuseppe disappears, while Luna, one of his classmate, who is in love with him, can’t help thinking of his mysterious disappearance.
The leit motiv of the film is a magical and evocative realism: that is why it opened the Sémaine de la Critique of Cannes in May.
The most striking themes are, above all, the non-surrender attitude of younger generations and the way to love of the baby protagonists: pure, intense, absolute, desperate. The most beautiful thing in the film is Luna’s attachment to Giuseppe, a metaphor of determination that, in Sicily and the rest of Italy, is the only way to say no to the codes of silences. 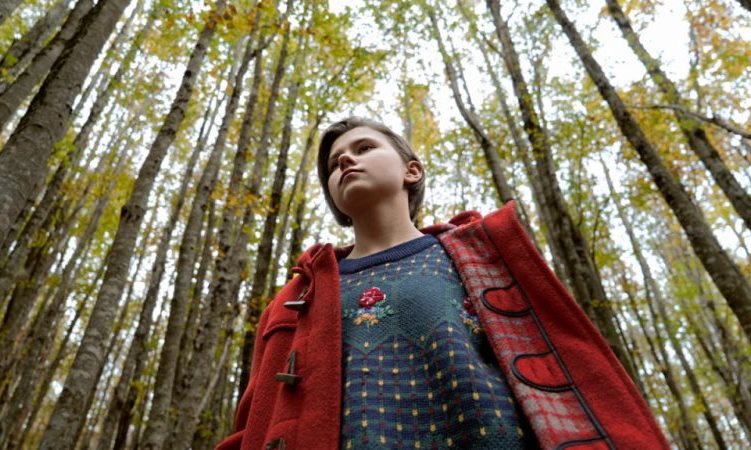 “Rendez-vous à Atlit” is the movie that will keep you glued to the screen during the second night of Radicepura Garden In Movies.
On the shores of the Mediterranean, there is Atlit, a small Israeli town. The story lies within the walls of a chalet surrounded by greenery, at the edge of the beach, where a French Jewish family spent long summer nights.
For the three sisters, Cali, Darel and Asia, it was a place of dreams, feelings and chill. The movie tells the long days when sisters, now young women, are all together after a long time deciding what to do about this home, full of affection, but too bad after the parents disappear.

Director Shirel Amitaï leads the spectator into a nest in which the complicity and joy of the past years is back to the and, giving a moving and exciting turn to the narration.

Finally, “Being there” is the incredible story of a gardner. And nothing else. Chance is an illiterate and the only source of education is the TV which he looks after work in the Washington House, where it works.
When his master dies, the gardener, now in his fifty, but with a child’s brain, goes away. While roaming in the streets is hit by the car of a wealthy lady, Eve Rand.Both stunned by his gentleman’s air and exaggeratedly worried for him, the woman took Chance with her to get him treated by her doctor.
Eve’s husband, Ben Rand, a powerful but sick man, is impressed by the aura of privacy that surrounds his guest, so much so that he attributes to him gifts that he does not even possess.

Beyond imagination, let’s get the Garden In Movies started!

Radicepura Garden In Movies awaits you at Radicepura on August 4, 5 and 6 at 8:00 pm.