“The Garden of Lovers” curated by the Foundation of the Carnival of Acireale recovers “the head of the Moor”, the most typical and artistic Sicilian pot Holder for an installation created by the craftsmen of the Roman carton (Seby Archdeacon and Laura Laudani). The garden is a tribute to the Sicilian tradition; An ancient legend says that, overwhelmed by jealousy, a Sicilian woman, cuts off the head of the Moorish lover and used that macabre memory of love as a to cultivate aromatic plants.
The project is developed with three sessions that take the design of great stylized nymphaea leaves and four heads; two feminine and two masculine, which, as the fairy tales tells, represent the Moorish brown heads inside which the basil grows luxurious.

Back to the educational gardens 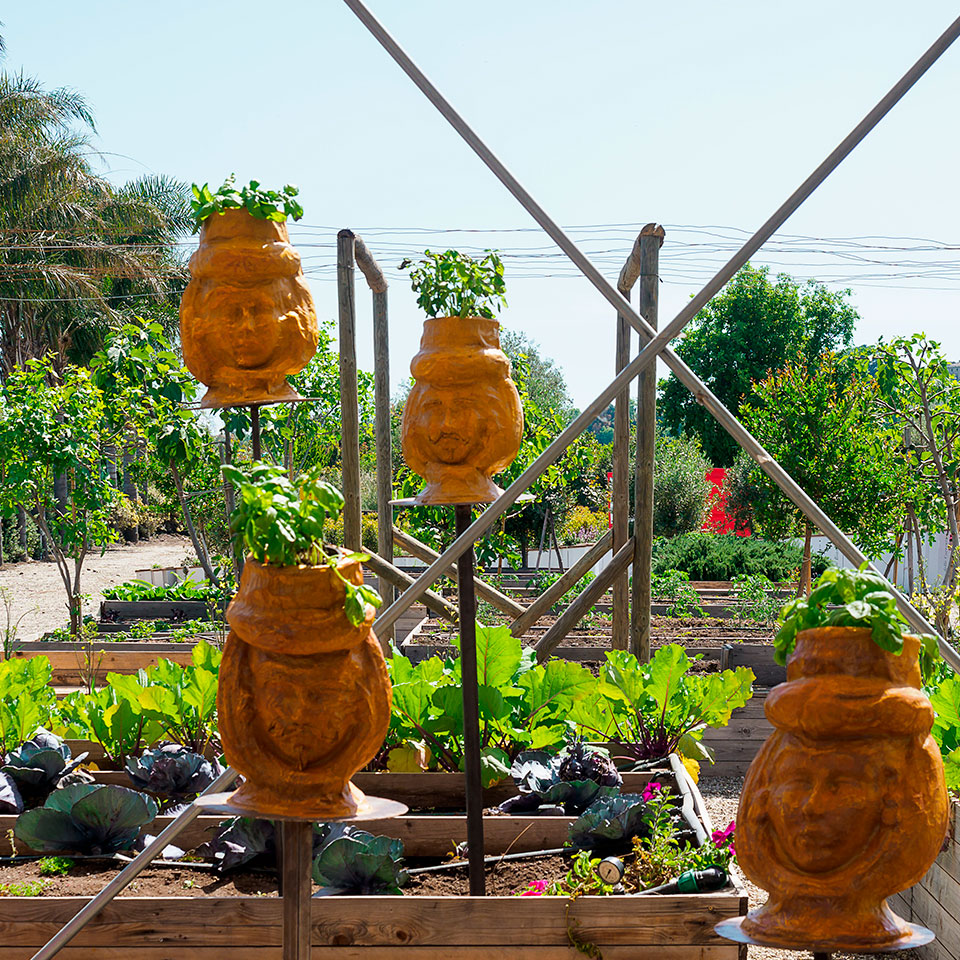