Fleurs,inerti gardens is a project that proposes an allegory of the relationship between man and the environment, between purpose and futility. Generated by the waste that is cyclically produced by the trees – real monumental buildings – the garden is a temporary iridescent apparition, a “room” removed from the undergrowth where the leaves captured in mid-air become a fragile cover, a pact therefore between nature and its inhabitants. The proportions and heights allow access only to children or those who, like them, experiment with and conquer ever-changing forms of access, so as to banish already compromised and tired gazes. In the shade of the roof, which is covered with climbing plants, there is a fossil garden made of inert materials found on site – lava, marine materials or materials recovered from building rubble – in the form of dunes or small mountains that can be modelled by the little users. This inert landscape, where new interactions between the environment and human activity are prototyped, invites us to rethink the disciplines and motives that shape the environment. More generally, the shadow generated by this small piece of landscape is a tribute in the form of a space to the Sicilian philosopher Rosario Assunto, who has long studied and re-discussed the relationship between utility and purpose of the garden, thinking of it first of all as a place, different from “nature”, distancing it from being a mere green field. 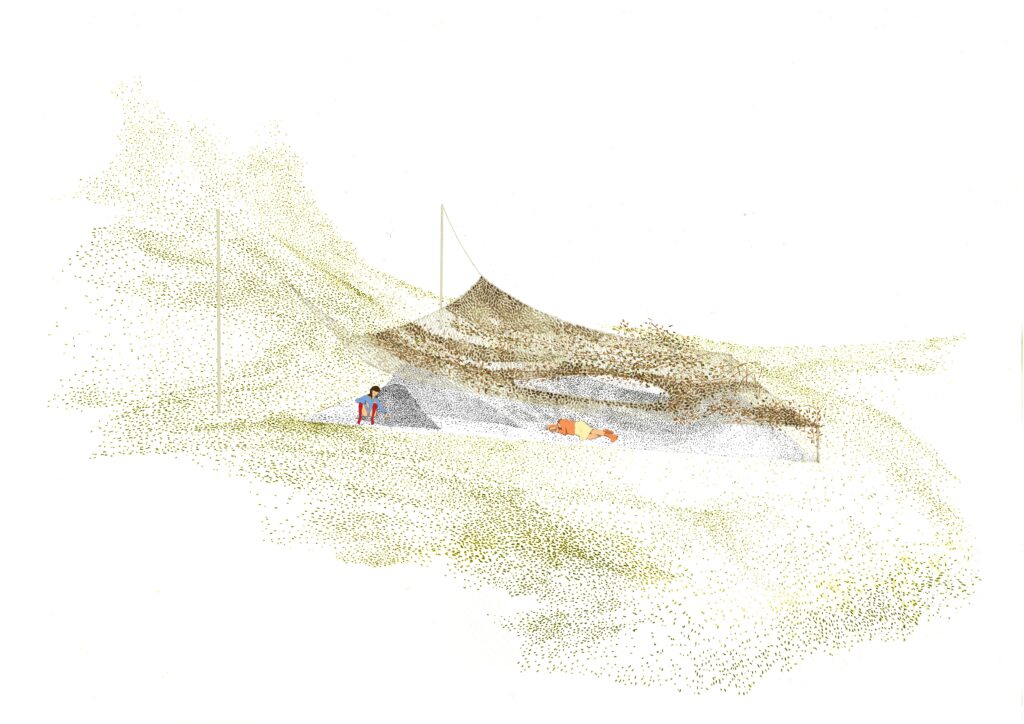