Art collector and founder of the foundation
Sandretto Re Rebaudengo

Graduated in Economics and Commerce, she approaches contemporary art as a collector in the early 90s. The passion for art turns into an organized activity when in 1995 he gives life to the Sandretto Re Rebaudengo Foundation of which he is president. In 2017 he created the Fundacion Sandretto Re Rebaudengo Madrid.
He is a member of the International Council of the MoMA of New York, of the International Council of the Tate Gallery of London, of the Leadership Council of the New Museum of New York, of the Advisory Committee for Modern and Contemporary Art of the Philadelphia Museum of Art, of the Conseil d Administration de l’Ecole Nationale Supérieure des Beaux-Arts de Lyon, of the Committee of Art Basel Cities, of the CCS Board of Governors of Bard College in New York, of the Advisory Committee of the Rockbund Art Museum of Shanghai.
Since 2015 he has been teaching Theories and Forms of the Art Market at IULM, Free University of Languages ​​and Communication in Milan.
She has been awarded several awards and honorary titles including the Recognition of Officer of the Italian Republic (2005), the title of “Chevalier de l’ordre des Arts et des Lettres” conferred by the French Republic (2009), the LEO Award of ‘ICI (2019) and in 2020 she was named “Ambassador in the world of Turin excellence“.

Back to the jury 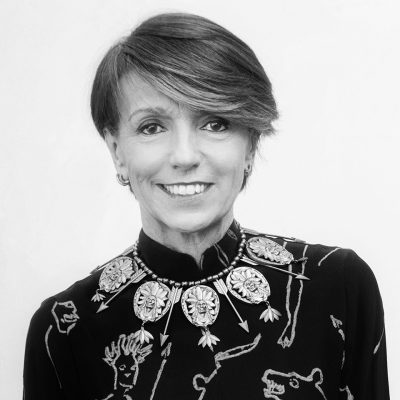