She began her university career in her native land at the Faculty of Architecture in Syracuse, which ended in 2013 with a thesis entitled “The Colonial School in the Republic of Mali. School of Banguetaba between tradition and technology of re-use”, developed after participating in the Workshop”Africa: Ancient Techniques for the New Architecture “in Mali, Africa lasting about 2 months, with Architect Fabrizio Carola. The university classes ended at the Faculty of Architecture of Parma, graduating with a thesis entitled “The innovative prefabrication system for temporary use. From tradition to solution for the Park du Campismo, Ponta Delgada, Azzorre Islands”, written during her Erasmus exchange program. During her university years, she took part in the IAH WORKSHOP in Lecce “Project of a temporary home” in 2014 and in the Workshop “Let’s restructure La Fornace”, at Parma in 2016. During her stay in the Emilia territory she collaborated with the Manifattura Urbana Association, where she collaborated to the creation of the Third Paradise installation by Michelangelo Pistoletto, focusing on the issue of urban regeneration. In 2016 along with MU, she took care of the self-construction of the Eco Module, a dry prefabricated construction, which aimed to raise public’s awareness on the Sustainability issue. In 2016 she started working with Architect Matteo Barbieri on some architectural projects on various scales. Today she works as a technician on project at “La casa di Toti” association where she deals with choosing the colors in interior finishing touches and outdoor spaces arrangement with analytical methodology.

He graduated in Magistral Architecture in 2014 at the University of Parma, and got his qualification as an architect in 2015. He held positions as designer and project manager of some accomodating buildings in China. He has collaborated with Francesco Fulvi Studio Architettura Sostenibile of Parma, both as a designer and project manager for many garden design competitions and project assignments, where he started to approach sustainability and bio-architecture issues. When writing his thesis, he had the opportunity to study the link between sustainability and outdoor and indoor comforts, planning an urban regeneration intervention according to bioclimatic analyzes carried out through Envi-met, an experimental software allowing to simulate the microclimate of the project area. From 2014 to 2017 he was council member of the Cultural Association Manifattura Urbana. Particularly, he was in charge of making sure that standards were respected during organized workshops. He collaborated in the design and construction project of a self-built and eco-sustainable pavilion entirely financed by external sponsors called Modulo ECO – Sportello Energia, installed in Piazzale della Pace in Parma. He studied the use of Envi-met following seminars and by himself. He attended many national and international workshops: workshop on the Terra Cruda held by Maddalena Achenza, workshop on the restoration of monuments (Ghiare di Berceto and Casino dei Boschi di Carrega), Planning Workshop (Lodz – Poland).

She graduated in Architecture in 2015 at the University of Catania, with a thesis entitled “Scraps and Architecture: A Recycling Center for the city of Acireale”, on the relationship between waste and architecture for the re-use of spaces and fabricated buildings to be allocated for waste management equipment. The thesis is awarded by the Municipality of Acireale and its abstract published on the Acts XX National Conference SIU “Urban planning and its public action for the recycling and the environment and landscape energy development”. Over the years she studies theory and projects of architecte discipline, gaining interest in the themes related to co-planning, policy design and urban regeneration processes. In 2018 she obtained the II Level of the Master “U.Rise – Urban regeneration and social innovation” at the University of Venice (IUAV), with an essay, developed in Spain, on temporary uses “Temporary re-use as urban regeneration and social launch tools. The Saragozza case”. Her professional experience in national and international architectural firms, such as Cannatà & Fernandes in Portugal, Gravalos Di Monte Arquitectos in Spain, Tat | Studio and Calì Architetti in Catania, allows her to develop a more conscious, concrete and responsive approach to the common needs and social issues of our times. She participates in the development of research and projects dealing with sustainability topics. She collaborated with the Department of Civil Engineering and Architecture of the University of Catania for the organization of the “Luoghi Comuni 2.0” workshop regarding the collective project the city of Acireale’s public spaces and the collaboration with the firm Gravalos Di Monte Arquitectos for the project named “From railway station to citizenship initiatives for the hills of Matera” exhibited at the Italian Pavilion of the Biennial of Venezia 2018. Over the years, she took part in seminars and workshops in architecture, urban and landscape design themes, social and technological innovation, entrepreneurship topics. 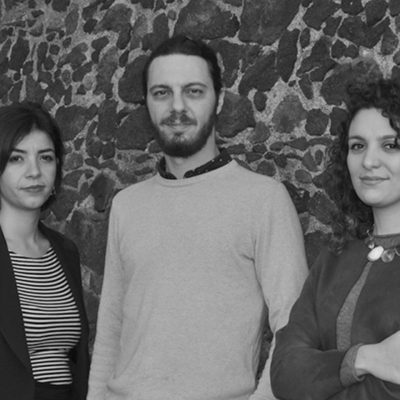