Marialuisa Prestini (Manerbio, 1990) is formed between the Polytechnic of Milan and the Iuav of Venice, where she graduated in 2017 with a thesis on landscape care and ruin. He attended the Accademia Adrianea in Rome and in 2016 won the first prize of the Master Itinerant with the project of museum intervention of the Archaeological Park of the Acropolis of Athens.

Giuseppe Ricupero (Syracuse, 1990) is a Phd student at the IUAV University of Venice where he collaborates in teaching. His research questions the responsibilities of the contemporary project intertwining the notion of ecology and heritage, its habitability and cultural implications.

In recent years they have undertaken a close collaboration with artists, such as Giorgio Andreotta Calò and Nuvola Ravera, at public and cultural institutions such as  Sandretto Re Rebaudengo Foundation (Turin), Pirelli Hangarbicocca Foundation (Milan), MAXXI (Rome), Centro Pecci (Prato), Made in cloister Foundation (Naples), La Biennale (Venice). 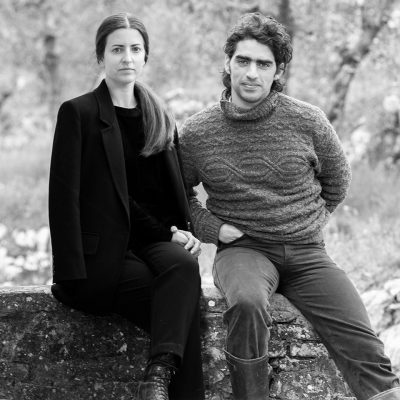